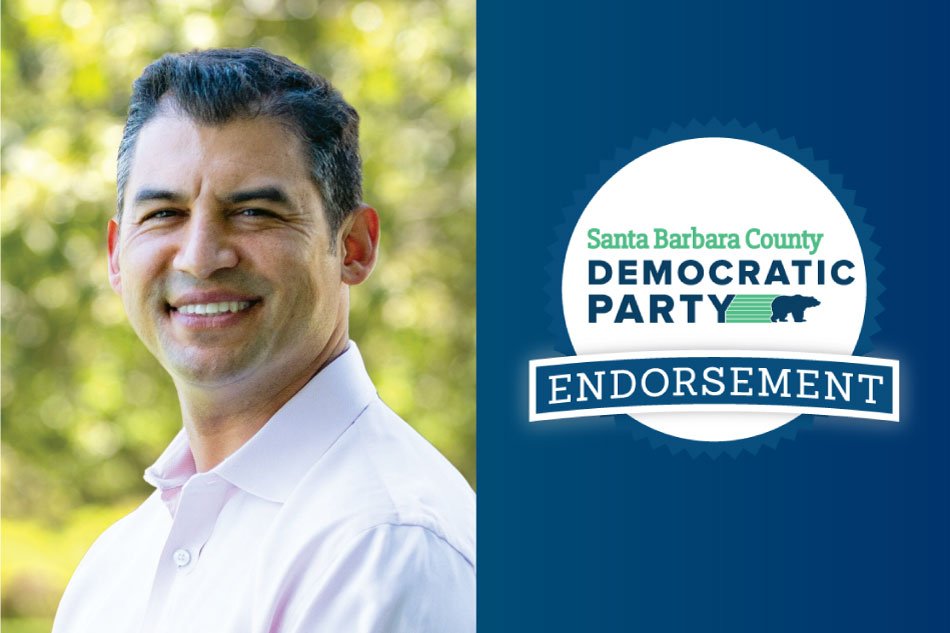 “We are proud to endorse Supervisor Williams’ re-election campaign. Throughout his career, he has exhibited strong environmental leadership, support for working people, and sought solutions for mental health and homelessness issues. He has demonstrated a commitment to public service,” said Teton-Landis.

Das Williams grew up in Santa Barbara County and attended local schools. While attending UCSB’s Bren School of Environmental Science and Management, he served on the Santa Barbara City Council. During his tenure, he spearheaded the effort to require 30% of the city’s energy to come from renewable sources by 2011.

As a member of the State Assembly, Williams championed measures to reduce California’s dependence on fossil fuels and protect groundwater resources, and make higher education more affordable for college students.

Williams was elected to represent the First District on the County Board of Supervisors in 2016. During his time on the Board, he has provided leadership during the Thomas Fire and 1/9 Debris Flow that rocked our County. Additionally, he has worked diligently to develop clean energy locally and to protect vital public services such as libraries.

The Democratic Party will also consider endorsements for Fourth District County Supervisor. Teton-Landis suggests all interested candidates contact Endorsement Chair, Joe Pierre at . He will walk candidates through the process which includes filling out a questionnaire and coming before the committee for an interview.

“All people interested in our endorsement process, or any other aspects of the Democratic Party of Santa Barbara County should visit our web page at sbdems.org/endorsementprocess,” said Teton-Landis.

She concluded, “The local party appreciates all candidates who wish to serve the public and welcomes all Democratic candidates to apply for the party endorsement.”