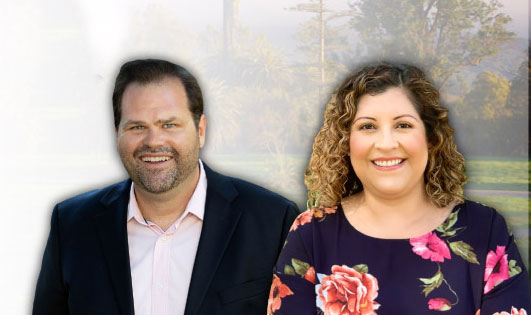 Luz Reyes-Martín is a parent, nonprofit executive, and community volunteer who has served our community as a Goleta School Board member over the past 8 years. Luz is running in District 1, representing North-East Goleta, or all City residents living North of 101 and East of Glen Annie Rd.

James Kyriaco was elected to the Goleta City Council in November 2018. As Councilmember, he has worked to protect our environment and provide resources to children and families. James in running in District 2, representing Old Town Goleta and the Cabrillo Business Park area.

“We endorse James Kyriaco for re-election. During his time on the Goleta City Council, James Kyriaco has proven to be a leader on important issues like creating access to childcare and expanding clean energy. Goleta voters should re-elect an experienced champion of Democratic values,” said Democratic Party Chair Darcel Elliott.

The General Election will take place on November 8, 2022. All voters will be mailed a vote-by-mail ballot the week of October 10.

The Santa Barbara County Democratic Party endorses candidates running for County, City, and local office based on their alignment with Democratic values, expressed in the Democratic Party Platform, including social, economic, and environmental justice.